This Sunday just gone I went down to Triscombe in the Quantoc hills in Somerset to film for DirtTV with 2 rippers Isaac and Joel.

They are 2 brothers that live in the middle of the woods, dad runs the uplift, they do tones of racing, are both rapid as shit...and nice guys to.

Anyway few photos of me working away, taken by Dave Morgan ( ta man ) Me getting some interviews and shots of them at the top of the hill... 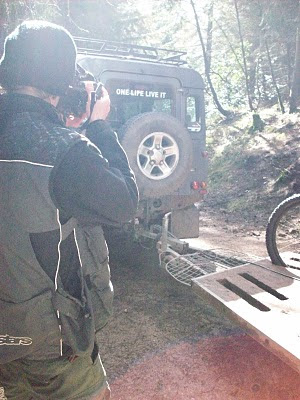 Shooting Joel going off to A&E 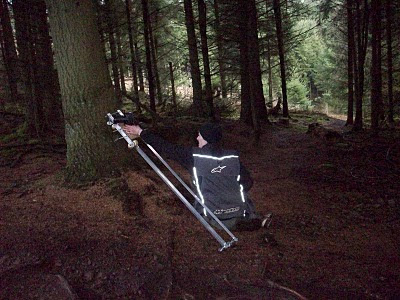 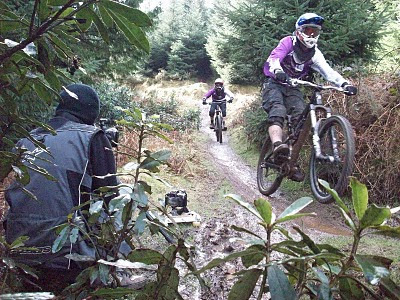 Down with both cameras rolling as they blitz bast 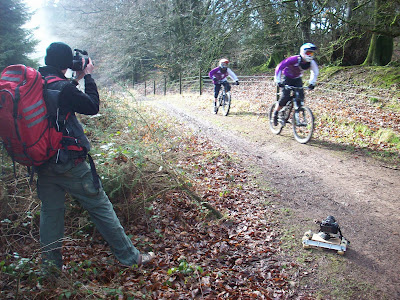 Dolly trolley on the floor getting the wide shot while me being dragged over by the Fstop bag get the tight shot...

Anyway few good photos and the video can be found on Dirts site here:

Still shot from the day, Isaac here pinning round a berm in the evening light...Got a few more from this spot that are SICK but holding them back for now...