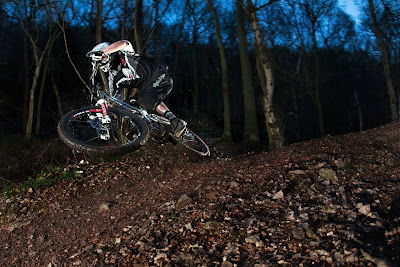 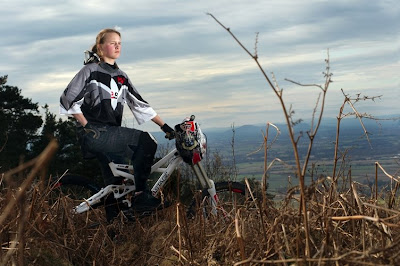 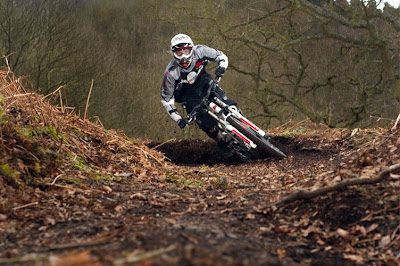 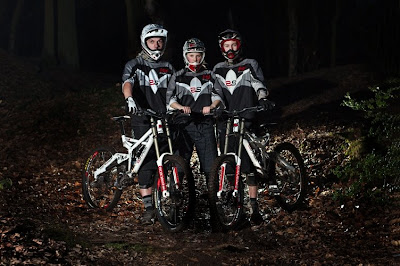 http://www.2stagebikes.com/ for more info
Posted by Jacob Gibbins at 19:24 No comments:

Hey , know i havnt posted for a few days or so , been busy with moving the house around , school work , and the photoshoot with bike company X.

The shoot itself went really well i think and so did the client , got a lot of shots that where just what they where after.

Few hickups mind , getting the wrong train at 6am for 3 stops and making myself an hour or so late , and cards failing and deleting a few hundred photos ( all recovered, dont worry , and the RAW files to )

Will get some photos up as soon as i can , but its taking a bit of time editing it all.

Cant wait for spain , gona be some AMAZING images and Videos come out of that trip i asure you.

Will post more news/photos when i can.
Posted by Jacob Gibbins at 17:24 No comments:

Right few more of this batty boy. Dont know why i even take photos of him haha

Because he is flat out all the time and a real plesure to work with and does sections 30 times off his back not mine as he isnt happy with how he hit it ??? NAH ha

Anyway was out with him for a few hours today:

was going to shoot another video , but i cant afford the post production time as im off to wales friday on a last minute shoot for bike company X ??? ha

Keep an eye on here over the next week or so for a few photos from that.
Posted by Jacob Gibbins at 16:23 No comments:

Few oldies from the Fort

Just 2 i have had a re work on from the 08 Fort bill WC. was looking through and reminicing and saw these 2.

Anyway ,some randomer and Tom Deacon:

Posted by Jacob Gibbins at 09:34 No comments:

Right Well a new idea , if i couple the photos/videos of riders im doing with some small intrviews with the riders you get a nice full idea of the people???

Anyway. goign to fire the same questions to all the riders a shoot with and post them up on here.

Re post of the First shoot with james Matthews with an interview:

Name - James Matthews
Age - 16
Where you live? Nr Callington, Cornwall
What are your goals for your riding career? Racing nationals this year, and see how it goes!
And your life in general? Urmm, see the world, and enjoy other cultures. But career, pilot in the RAF really.

What was your first downhill bike? Kona Stinky Deluxe 05, wicked bike!
How long have you been riding for? Just under two years.
What companies do you represent? None
What would you say your riding style is? Wild and loose!
Why do you ride? Can you give me a reason not to? Good fun, and i'm a bit competative too.

Whats the worst crash you have had? Jumping the bridge on Pleney, haha! Worst though, probably a big stack on the tabletop at Tavi Woods soon after starting out on my Kona. Far too much speed, huge overshoot, front wheel down first to flat, thrown off over the bars so hard that my head knocked the fence post used for signs clean out of the ground! I was knocked out for 20 minutes, 3 broken ribs and a big loss of confidence for a while to follow!
What is the theme song to your life? Benny Hill Theme Tune probably, my life is comody!

Favorite drink? Mutzig for sure.
Favorite Color? Purple or green, can't decide.
Favorite Car? Difficult one... i've got so many! Probably a Pagani Zonda. I'll leave it at that before i write a short book on the topic, haha.
An interesting fact about yourself? I learnt to walk when i was eleven years old, and i can bite through concrete.

MUSIC BY: Anoraak - Waiting for your call. www.myspace.com/anoraak
Posted by Jacob Gibbins at 18:46 No comments:

As you already know after my First Locals Vid a few weeks back i am doing some short 3 min (ish) films about a few of the local riders around Tavistock and my second LOCALS vid is of one guy called Adam Price.

MUSIC BY: Empire of the sun , walking on a dream
www.myspace.com/empireofthesunsound

He's 18 , works in a bike shop , and it shows , pinned as you like and a pleasure to shoot , pro to the core , do it till we get the shot and always smiling!


Few of the photos i can put online now.

Loads more from gawton and some of these photos bigger and in colour in the next issue of WideOpen.

Posted by Jacob Gibbins at 22:24 No comments:

main reason was for A level work on colour landscapes but these are really just for the brain storming part. will go out once sunday soon and get some real nice ones.

I am doing the work in 3 parts , moors , water, woods and these where just some warm up moor ones.

out in the woods tomorow for a Vid/photo shoto with 2 local pinners ( check back tomoz night) so will get some snaps of trees then , and go for another walk in the next few days for some water ones.

Then just 10 mins drive from my house is burrator , where there are all 3 things with in walking distance so that where i will get all the final shots.

Posted by Jacob Gibbins at 21:54 No comments:

Published work from the last month or so

Just some photos of some of the work i have had published in Dirt and Shred in the last month or so.

Will get them added to the Published work gallery in a month or so after a few big projects.

Diarys filling up , of to wales in a few weeks for a few shoots then off to spain , then scotland i think... all good fun.

Posted by Jacob Gibbins at 10:44 No comments:

Came out on the last bus last night to stay with a mate who lives in the middle of the moor and has feet of snow as opposed to tavistocks total lack of snow , silly how big 15 mins drive can make !

and its all soft and a bastard to walk on , you just sink ha

Anyway , was so foggy and snowing a blizard out on the moor i didnt want the camera out to long and wasnt great for photos anyway so just one crap quicky.

Widgery moor outside lydford in Devon:

Posted by Jacob Gibbins at 17:19 No comments:

They have had a good 3-4 foot of snow all over and mroe in places where it gathers.

5 miles away in Tavistock ( where i live ) we got 3 inches ha still better than nothing but not that good.

plan is to head out to theres on sunday for a walk/snow board mish.

Anyway enough about the dam white stuff thats bringing our country to its knees....

Out at Gawton yesterday shot my mate sat on his bike just to compair , not to bad considering its 6400!

Posted by Jacob Gibbins at 19:08 No comments:

Sad how the world ( ok just the uk ) grinds to a halt , but im not complaing , no school and a day of sledging and trying to snow board on dartmoor and failing and hurting my self , fry up then over to a mates to play Wii....and again fail ha

Nothing to great but gives you an idea of what its like down here in Devon.

At least the D90 can take landscapes and snow ok , only fell over holding it once ha

Posted by Jacob Gibbins at 18:59 No comments:

Had a play about with one of the best photos from yesterday after i noticed i had the sharpness setting on there lowest !

anyway , went for a very heavy edit and i really like how it looks.

Posted by Jacob Gibbins at 22:28 No comments:

Been wanting to post this for months and can finaly do it!

Went out yesterday to Gawton to film and shoot with James Mattews a local rider who is flat out.

Anyway First time i had shot with the camera sothe stills arnt anything special but i am happy with the video.

Will have more info on the few things i did to make the film and my thoughts on the camera some time soon.

in the mean time...enjoy! Also would love to hear what you think of it.

And some of the photos:

Posted by Jacob Gibbins at 10:24 No comments: