If you follow Canyon bikes on social media at all, or any of their riders really, you will probably have seen snippets of work we have done with them in the past month.

Aspect produced the two bike launch films for their new Spectral and Stoic bikes, so I thought I would put together a little blog post with some more info on the process of a job like this from the first email, to going live.

Chances are its a bit more involved than the 2-4 minute riding edit you see online leads you to believe. 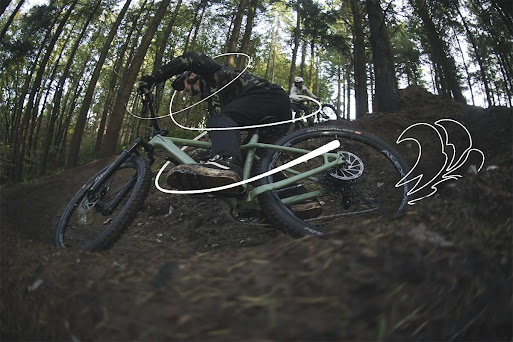 Now like a lot of things in business, and especially the bike industry this was semi last minute, or about as last minute as you can get and still pull a project like this off... from initial contact to online in 3 months, 12 weeks!

This is where the importance of surrounding yourself with a team of other trusted creatives is key.

Time management is key, and when we often have a few other jobs and clients on the go at any one time at different stages of pre/post production pipeline delegating, trust and communication are vital, with that said Chris and I took the lead on a project each, and would be the lead on "our" project from concept through to delivery. Chris got the Spectral, Jacob the Stoic.

The Stoic film - Rider catching up with her mates/riding vids via social media while out and about before meeting up with them for real and going riding. Showing off the fact the bike can ride pretty much anything put in front of it.

This project was shot in the south west of the UK with Freddy and James, North Wales with Kaos and in France for Tomas as well as Bristol for the city scenes.

Shout out to Maya for being the person on the phone, a real rider, who rides for Canyon so was rad to get her involved, gutted she was so fresh to the team having only signed her contract a week prior to shooting she didn't have any kit or bikes, soon come though!

The Spectral film - Again highlighting how the bike is really a do it all bike, from tech climbing, jumps, more DH style riding etc.

From North Wales to multiple locations in France while riders were in Europe for the WC's, the USA and some studio bits in Bristol. Quite the feat to organise logistically but it all came off in the end. Again this is a prime example of where having a trusted network of creatives is key.

While this is the breakdown and timeline for this specific job, the process and general stages are fairly similar for most jobs, but obviously the time between stages can vary largely depending on any one of a whole heap of variables.

A project like the Monster Energy film Between The Races (9 riders, 7 countries, days of filming with each rider, feature length plus shorter edits etc ) ...a year plus easy end to end.

Something more simple ( two riders, one location, 4 days, one filmer, one deliverable ) like the Focus Bikes Madeira? film...more like 2 months...

Timeline for this Canyon project:

At this stage the client makes contact/us with them etc, we rough out potential dates for all stages of the process, chat roughly about riders, locations, basic tech stuff and go over and agree budgets.

This is THE key part of any job and for this one, was especially so.

Covid makes shoots a lot more complicated, but when you factor in the fact the riders are spread over some 10 locations in 3-4 countries, with 4-5 camera units, it gets a whole load of fun (read complicated)

For this shoot we had two projects running side by side, one for the Spectral and another for the Stoic. They shared some riders, and some locations, but each had their own specific parts too. Lining up the shoots, riders, crews etc to make sure we got what we needed in the bag, as swiftly as possible was key for both fitting everything into a tight space of time, and as ever, time = money so keeping shooting days to a min and being clever with how things slotted in was key to staying on budget.

A little overrun in budget is factored into most shoots, but if you can keep the budget in check the client is always appreciative.

Shooting - First half of November

The principle photography on both projects was all done in the first half of November. We had all the crews with the riders in their specific locations, all prepped with what they needed to get, and just had to pray everyone got favourable weather.

Again, a truly crucial stage of the process and one that often takes longer than planned, and if you rush, often shows in the end product...post!

We gave ourselves 2 weeks to get both edits turned around, with Chris working on the Spectral project and Jacob on the Stoic.

We first needed to get the footage sent to us on drives/source footage uploaded ( not easy when its hundreds of GB's ) , then we edited up the videos, get them approved and picture locked with the client, then it was animation and VFX, then sound design and colour grading, before getting all the parts together and combing them. Sounds simple but that's a lot of people/decisions/conversations.

As well as the main edit, there were, as is now very much the norm some 20 ish other short edits of the content in various formats and dimensions for other outlets etc.

Delivery to client - End of November

Get everything neatly packaged up, organised along with notes to the client with enough wiggle room to make any last minute tweaks if needed.

Canyon push the content out across all major platforms, riders channels and their own outlets.

So through that whole process, as you can imagine, there are lots of places where you could fall down, or a lack of good clear planning and communication could cause issues...

So here are a few tips that helped us get it all running as smooth as possible:

- Budget agreed and signed off in writing/email before booking people in, or any work is done. I shouldn't need to explain why this is key... (unless its a personal project then just be up front with the fact its for the love)

- Decks and treatments to make sure client/production company/crew/riders are fully on the same page and in agreeance as to what the outcome should be. Nail down the look and concept.

- Shot list/production docs drawn up by the director/DPs to send to all the satellite camera units to make sure they know what they are getting and in what formats etc to make sure the production looks as cohesive as possible.

- Information sheet/Deck sent to VFX, Grade, Sound with examples and notes on how the director/DP see the post side coming together. Can be done on the phone but having a doc/email for them to refer back to while working is usually appreciated.

So that's a bit more information on how a job like this comes together, and this only scratches the surface of the wealth of stuff to do organising a shoot small or large.

Hopefully you might find something useful from all the above, that you can use on your next project.

At the end of the day though its a collaborative effort, and coming out with an end product that works with the brands image, shows off the product well and ultimately keeps the client happy is the aim. As long as those happen there isn't really a right or wrong way of going about things, just what works best for you.

"These were great projects to work on with Aspect Media. From contributing some awesome ideas at the concept phase, and taking the reigns with shoot planning, through to the creativity shown with their camera work and editing - the guys killed it. In the end both of the finished products surpassed our expectations, and we really appreciate the effort Aspect put in. Thanks Guys 👍" - JACK NOY - MTB BRAND MANAGER - GRAVITY @Canyon Bikes 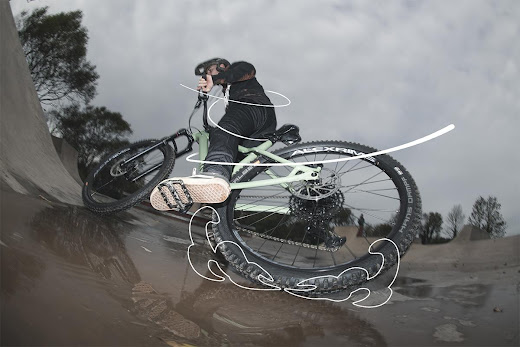 Posted by Jacob Gibbins at 09:43 No comments: