MTBrider Germany cover - behind the shot

Now while getting yet another cover might not be a huge deal for some photographers, for me I'm quietly proud of this one. I have had shots in various magazines for years, loads of articles etc but a cover shot of a big printed magazine has eluded me, that is until now.

A few months back Boris from MTB Rider Germany said that while I was shooting for an article for the mag with Olly Wilkins, if we got a good cover worthy shot he would put it forward for consideration. Me and Olly pretty much heard that and from then on all we really had in our minds was "lets kill it on one shot and we have been promised a cover pretty much!?" haha

So bit of back ground on the spot...

The jump is hidden away in the Surrey hills in the SE of England. Built by Bernard Kerr among a few others its been in various photo and video shoots for a while now, but Olly had an idea that if he hit the main jumps take off, onto a side bank and make it a hip he could get some pretty wild shapes. He wanted the final shot to have him pretty much hanging off the side of the bike, hanny style. That was the only plan, turn up, have a go and see what happened. 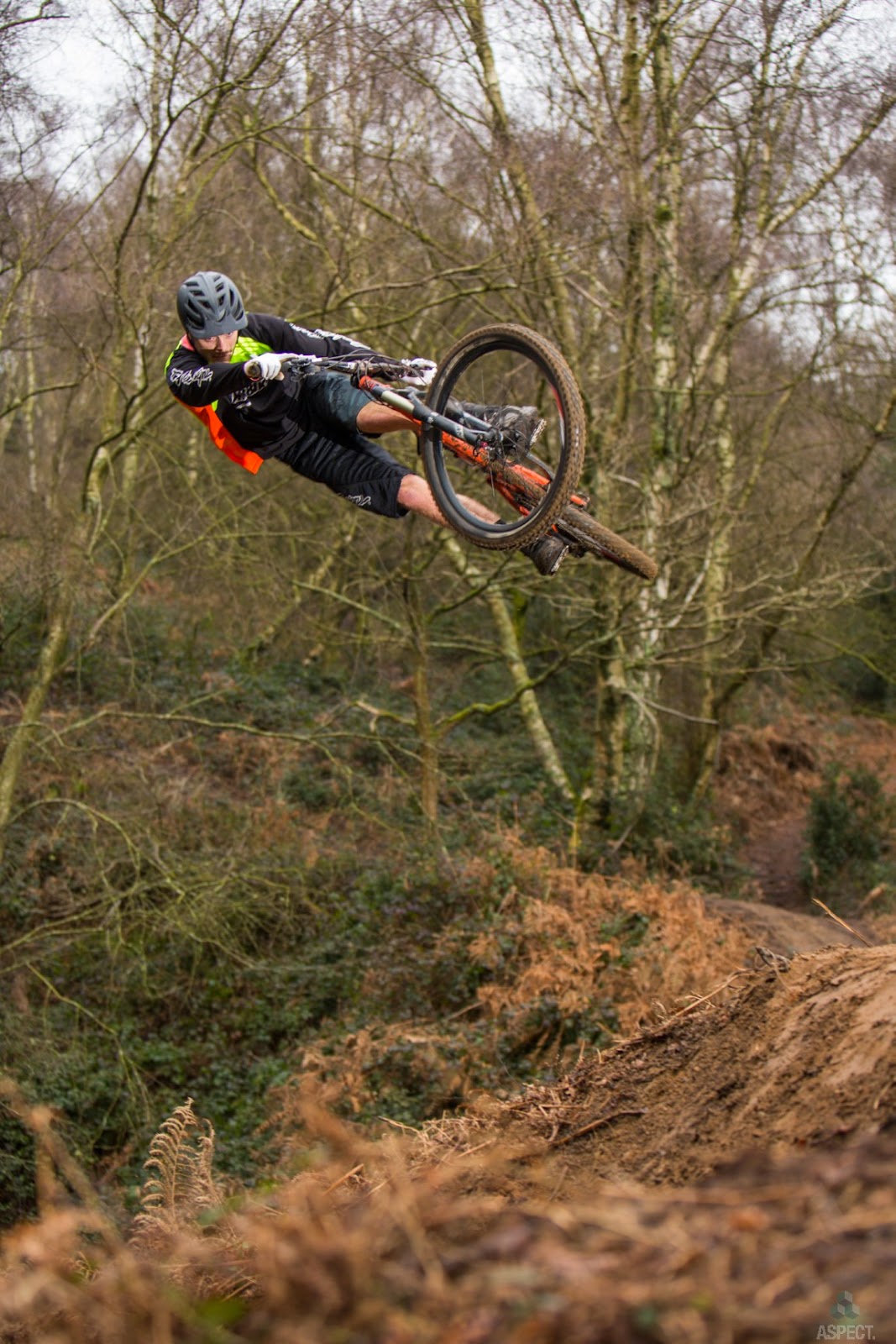 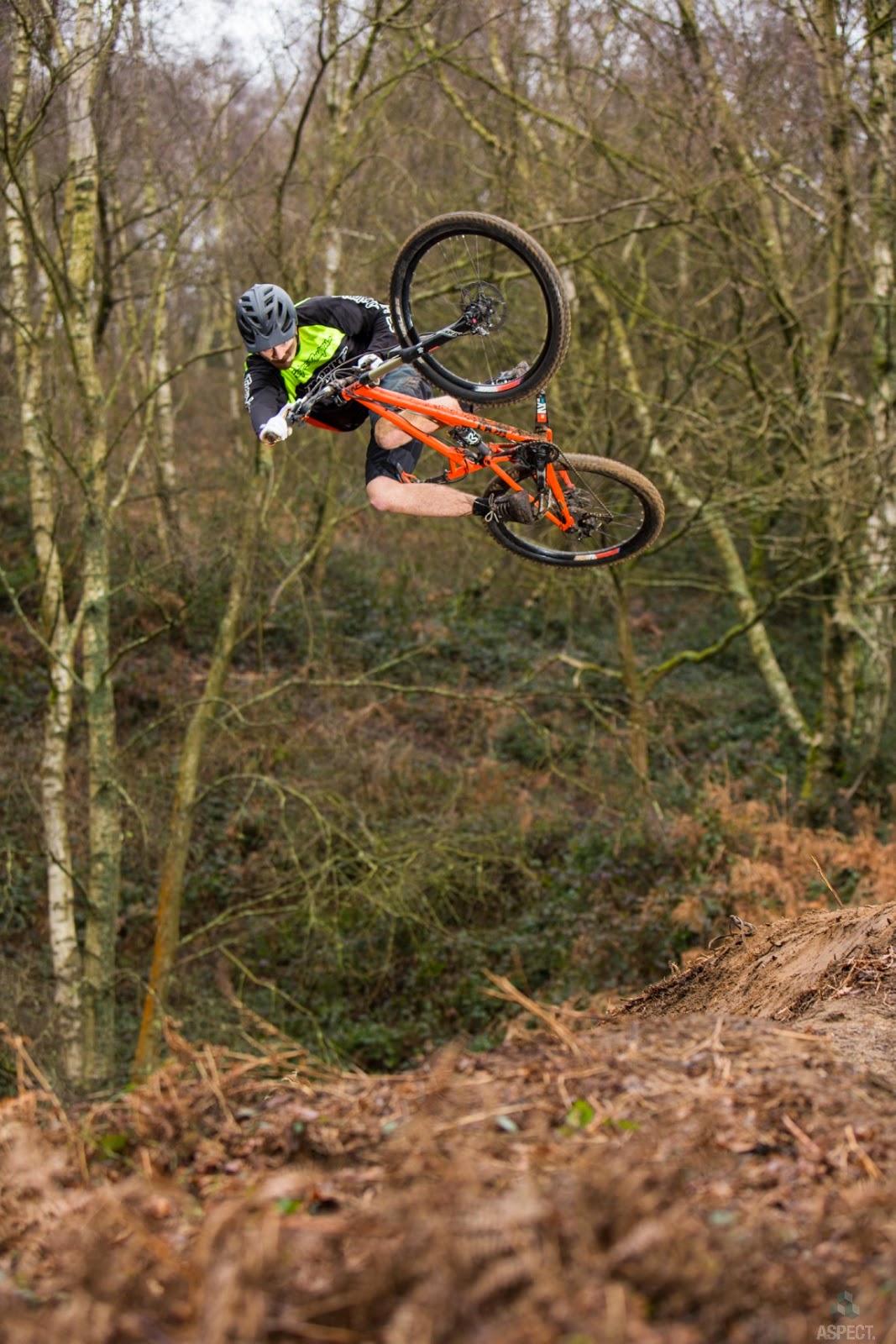 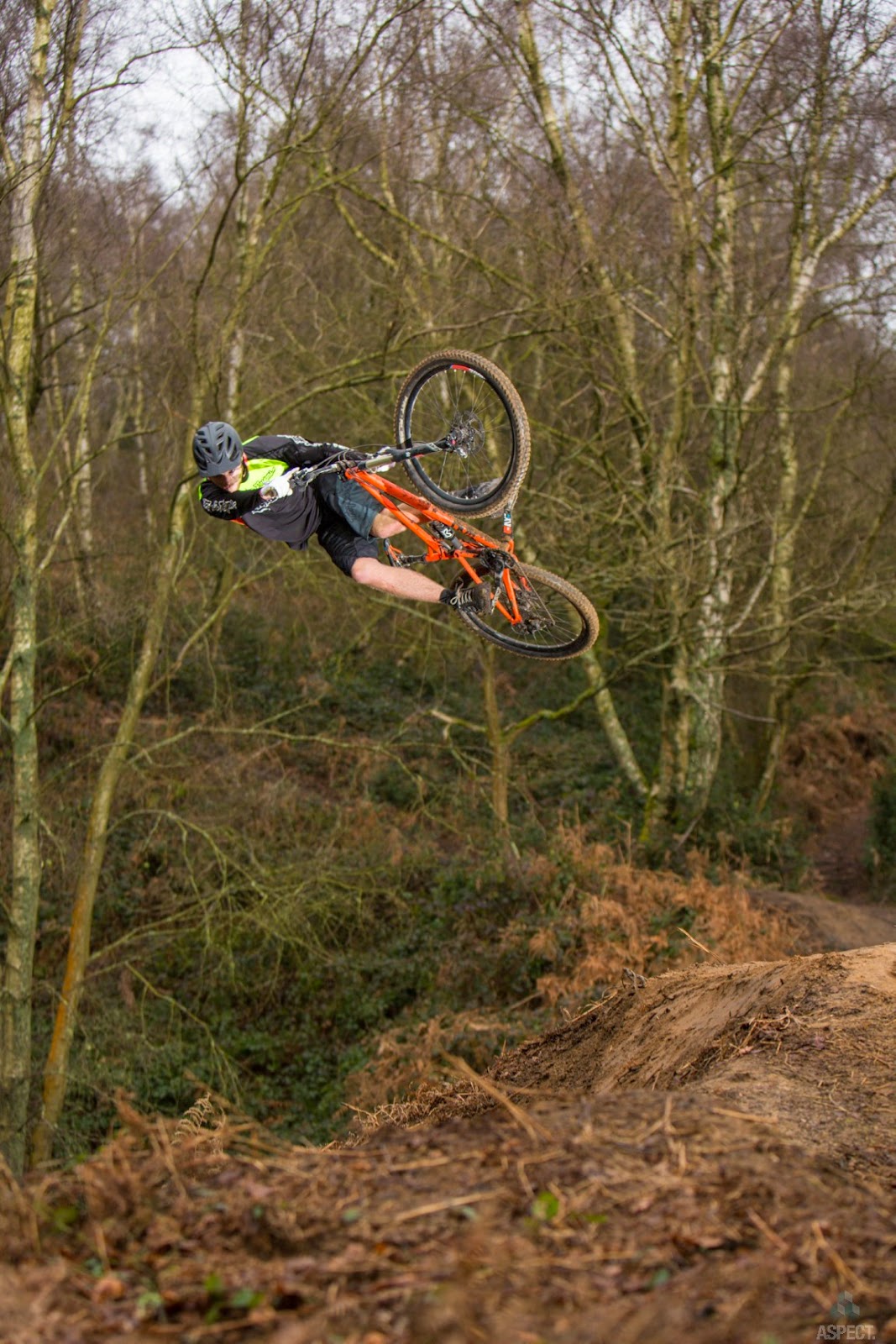 So the three shots here ( above and either side ) where the first angle we started shooting. Tried a few lens's from the 24-105, 50mm and 70-200 , tried natural light and some off camera flash.

Flash's where to cameras right pointing at the bottom tube of the bike, and down behind the lip.

It looked good but lacked that pop and real striking cover worthiness.

After that first angle being a bit normal, I broke out the fish eye and started to try that out. Again using the same flash set up to help pick Olly out of the back ground and to give it some contrast.

On the left is the first try with the 15mm 2.8 Canon Fisheye, Good but I needed to move round to the left more so we got his face in, and also closer to the jump so he was higher.

On the right is the second go, much more like it and Ollys position on the bike was what we had been trying to get, I just needed to tweak exposure and nail the composition.


Third time Olly hit the jump with the fish eye on and this is what we got. Finally the image we both had in our head when we turned up an hour earlier. What was also really great on the final cover is how they didn't butcher the shot, they left it very much as it was.

Cheers to Olly for hitting the stinking hip about 50 times and nailing the Moto as hell shape, honestly couldn't of shot with a better rider and Boris from MTBrider Germany for running it as a cover. Here's to the next one!

Posted by Jacob Gibbins at 14:42 No comments: