Last week one of my oldest mates, and fellow MTB film maker Aaron Bartlett of Creative concept and Life on Wheels fame got hitched.

I have known them both for years, got pissed for the first time at one of Viks house partys and crashed bikes into trees down the woods with "mono" every weekend from the ages of 13-16.

All the sentimental stuff aside they picked a hell of a place to get married. Polhawn fort down on the south Cornish coast in the UK and they even got dry weather which in February is a miracle in itself.

I put up the image below on social media the days after the wedding and it got a fair bit of positive comments from Photographers and fans alike, and after someone suggested I do a blog post on how I took the shot I thought why not. 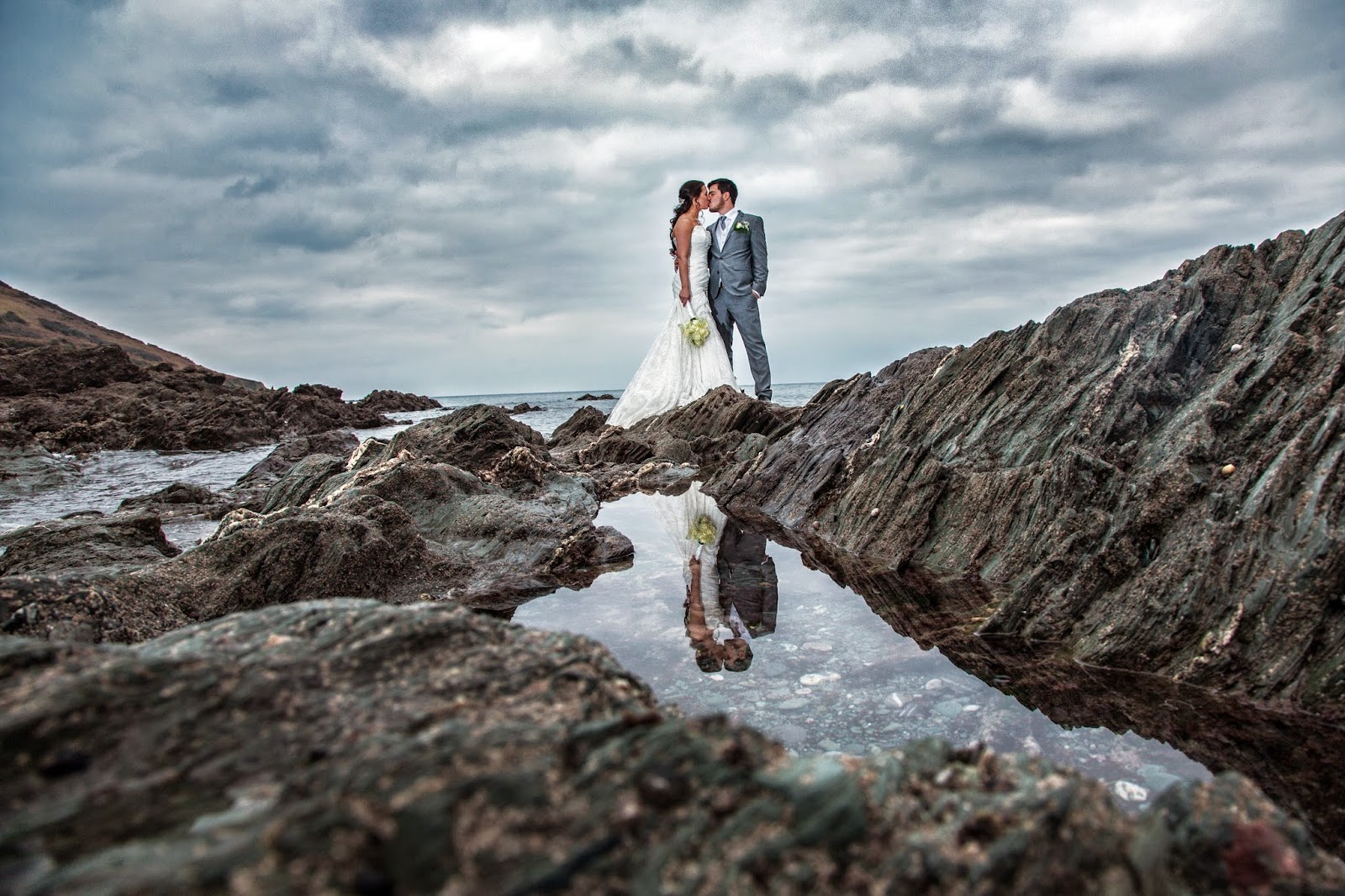 Gear wise all the images in this blog post where taken with the:

Before shots right out of the camera on the left, finished files on the right.

In the first shot myself and another friend/photographer Duncan Phillpot saw the rocks and pools leading out to the sea and knew we had to get some shots on them. Dunc was shooting all naturally lit stuff so I thought I would get the flash out and try some kill to retain some detail in the sky.

Bit of dodging and burning to bring out the detail in the sky and the subjects but other than that nothing to wild.

Gear was listed above and settings where:
ISO 200, F8, 1/200th with fill flash on full zoom, about 1/8th power and about 5 feet out of shot cameras right, held by Duncan at about head height.

In this shot much the same as the last one in terms of ideas and set up but the camera settings for this where: ISO200 , F4, 1/200th with flash again just out of shot to the right but this time wider zoom and higher power, about 1/4.

The last shot for this blog post and again very much the same as the last ones in terms of ideas, exactly the same as the last shot settings wise. I did how ever drop in a sky from another images shot about half hour after this one was taken as we where coming off the beach when some sun broke though slightly. I feel having the darker sky helps keep the eye on the subjects and not up in the bright sky.

Thanks for having me along and letting me shoot your big day Mono and Vik, and if anyone reading has any more questions or any other shots of mine you would like to know more about the How/Why just leave a comment below.